Signed Up to Lion Up 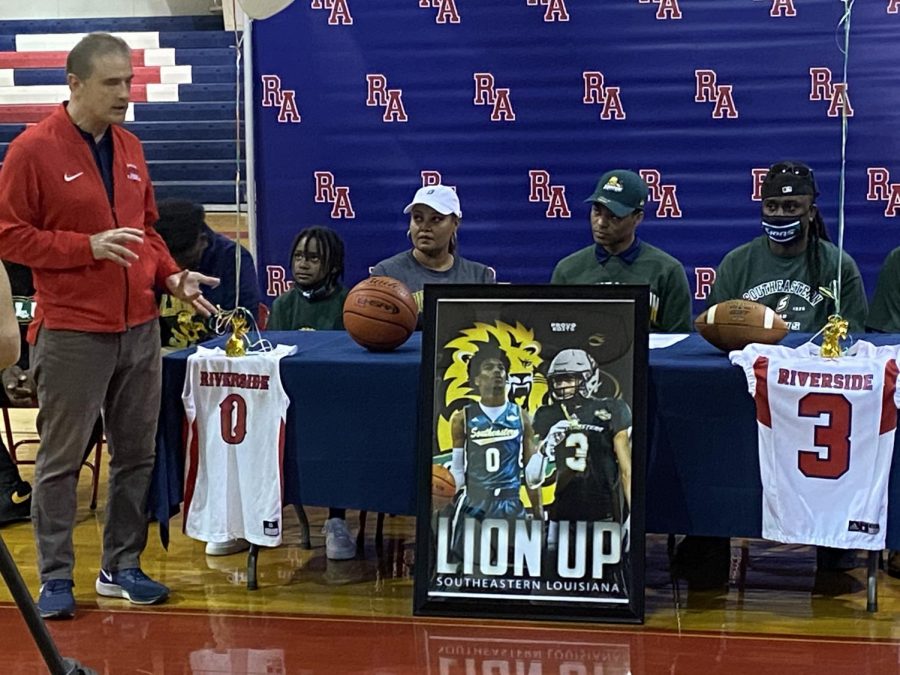 Riverside Academy senior Gage Lavardain excelled in both football and basketball during his time as a Rebel. As he dreamed of extending his career into college, he hoped he would never have to choose between the two sports. Southeastern Louisiana University didn’t make him choose, but did make him an offer.

With family, friends, classmates and teammates looking on, Lavardain finally signed  a letter of intent to play football and basketball for Southeastern Louisiana University. He is the first Riverside athlete to sign to play two sports at a Division I college.

Lavardain was a standout athlete for Riverside Academy. In his senior football season, Lavardain completed 40-of-70 passes for 547 yards and four touchdowns as quarterback. He also rushed 129 times for 1,421 yards and 23 touchdowns. Then, he caught 19 passes for 430 yards and six touchdowns. On defense, Larvadain had 30 tackles, one interception and broke up eight passes. For his efforts Lavardain was named the Division 9-1A Player of the Year, and the All-Metro Player of the Year by The Times-Picayune/The Advocate, Crescent City Sports and Friday Night Football. He also was the Allstate Sugar Bowl Player of the Month for October.

Moving to the basketball court, Lavardain averaged 27 points, 8 rebounds, and 7 assists as the Rebels advanced to the Division IV semifinals and he was named to the Class 1A All-State team.