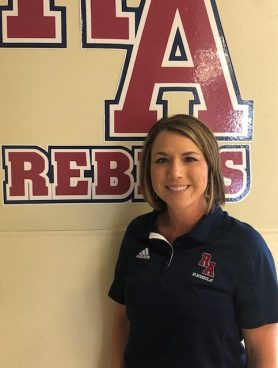 Riverside Academy is under new management. Mrs. Holly Haase is the new principal of the school. She replaces Mike Coburn, who retired at the end of the last school year.

Haase grew up in Lafayette and came to the River Parishes when she met her husband, Jude. In 2003, Ms. Haase decided to pursue her dream of becoming a teacher. She has taught third through eighth grade and has had many leadership positions such as Mentor Teacher, Master Teacher, and Instructional Coach. All three of her children are attending Riverside Academy.

Haase said she was drawn to the school because of its reputation and pride  and what she loves the most is the family atmosphere. “I wanted to come and be a part of this family,” Haase said.

Her goals are to bring more STEM programs to the school as well as programs  for students who may decide to pursue a trade rather than college after graduation.