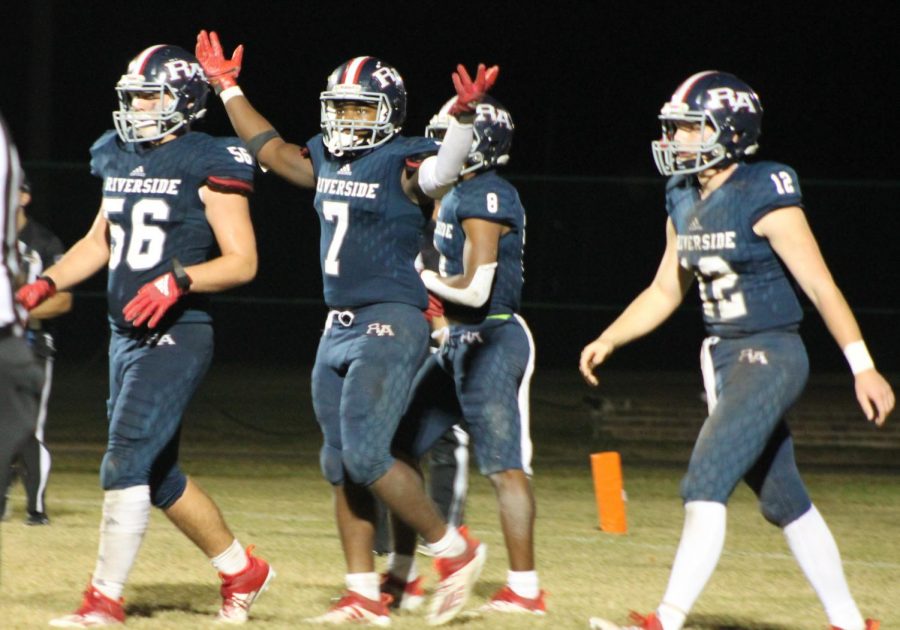 Elijah Davis’ 23-yard touchdown run with 2:20 remaining in the game, followed by his amazing reverse-field 2 point conversion brought the Rebels from a 14-7 deficit to a 15-14 lead. Two plays later, Andre Murphy dove in front of a West St. John Rams pass attempt for an interception that sealed the homecoming win and moved Riverside to a 6-1 record.

Quarterback Gage Larvadain scored the Rebels’ only other points on a short run in the first half.

The Rebels will close out the regular season Saturday against Country Day.